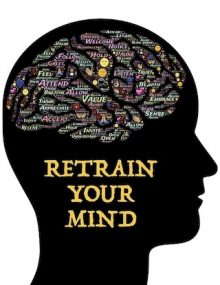 A few weeks ago, after I complained to my primary physician that I had trouble memorizing lines for some scenes I was rehearsing for a benefit performance, he referred me to a neurologist. After taking a battery of verbal/written tests, the neurologist determined I was suffering from “Mild Cognitive Impairment” (MCI).

I’ve been doing some reading about this condition, which is not the same as what happens with normal ageing. I’ll be 71 in two weeks. The week before that I am scheduled for a a Magnetic Resonance Imaging (MRI) test which will tell us if there is something more structural going on in my brain.

The thing is, except for my complaint about having trouble with memorizing lines, I don’t seem to be suffering much from the typical symptoms described in the sites I’ve reviewed. Of course, I forget some things. But not enough to interfere with most normal functioning. In any case, I am taking a drug that’s supposed slow or even halt the progression of the condition. Currently, like for Alzheimer’s Disease there is no cure.

Losing further cognitive ability is a scary prospect. I am hopeful the medicine, good diet and exercise will help. Though I’ve been pretty good on the latter two for many years. One thing, that’s been recommended is that I quit drinking all alcohol. That’s a tough one. I like an occasional small glass of Irish Whiskey and love red wine. I have managed to cut back to one glass of wine with dinner. After all, the benefits of moderate consumption of that beverage has been proven to have many benefits. So, there’s a balance to be found. Such is my rationalization.

I occasionally get spam voice mails to my Google phone. It’s not a number I answer so the i only hear the message when I play the recording. I got one the other day. Here’s the transcript:

“I’m charged $1,499. We noticed some suspicious activity on your account. So we have put on hold to this transaction, please press one now. And to report please press two.”

That’s quite an accurate transcript of the message. But it seems like something was left out at the beginning before the recording kicked in. But to get the full effect of how ludicrous and bumbling this attempt is, you should really listen to the audio.

I really don’t get it. Is anyone ever fooled by this kind of thing? I surely hope not.

This quote, often attributed to the great actress Bette Davis came up in conversation today with a friend I have known for over 50 years. He was going through the litany of miseries he is suffering from cancer and the various treatments for it. The most radical treatment, surgery, will probably end up costing him his bladder in a few months. He’s already lost a kidney.

I have another friend in similar circumstances. Both are undergoing chemotherapy which in itself sounds like no fun at all.

I realize that as we get older we are more likely to encounter serious health issues. In spite of that, I cling to the belief that if I live right, and make good choices, I will live a healthy life to 110 and then pass away peacefully in my sleep.

Ray Kurzweil, the noted inventor and futurist posited in his mid-fifties that if he can live for 20 years, in that time, science and medicine will have advanced far enough to keep him alive and healthy for 20 more years, and so on, and on.

I don’t know how realistic that is. But even if it were, should we continue to take up space and resources for indefinite life spans? Seems pretty selfish. It also would further exacerbate the gulf between the privileged and the underprivileged.

I’m reconsidering my quest to prolong my life indefinitely, and will, instead, try to fully engage with every moment as it comes. What could be better than that?