For fun we joined a sharing site for cyclists called Warm Showers. Similar to Couch Surfing. We’ve already had a couple guys from Austin stop by on their way down the coast to San Francisco, a trip I did myself about 25 years ago. They were great to talk to and we shared a meal. 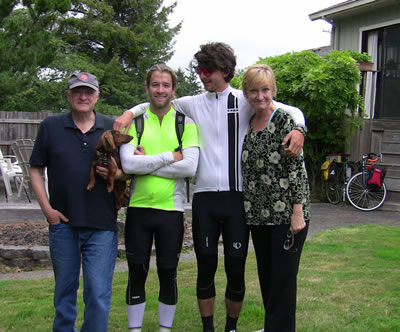 Charles and Josh – from Austin

Looks like next week we may have a couple ladies from Washington.

And the great thing about the site? Made with Drupal!