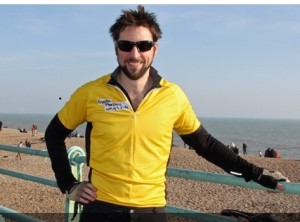 The conference, which took place in Las Vegas in July, was fun, exciting and stimulating. Meeting James Randi and other skeptic heroes, attending a live recording of The Skeptics Guide to the Universe podcast and just talking to so many nice folks was a thrill.

I also came away inspired to become more active in the skeptical community and, more important, to engage the larger world with new found strength, knowledge and resources. I am not a scientist, physician, philosopher or magician. I am not formally trained in critical thinking. But I don’t think that will restrain me from finding ways to do my small part to help improve the quality of thinking about the world.

Among the many surprises at TAM was learning of an existing group of Humboldt Skeptics on Facebook. I was at TAM with the Eye’s Keven Hoover and we had been thinking of forming some kind of local skeptics group but thought we might have trouble finding more than a half-dozen compatriots. Turns out there’s a whole bunch of us! But connecting with them will certainly encourage us to create this organization on some level and start bringing evidence based thinking out into the world through meetings, presentations and networking. As a web developer and blogger, I also plan to become more active on the Internet (not just on the walled garden of Facebook) by writing more on skeptical topics, helping to create web spaces for regional skeptical activity and using some of the new tools that other skeptic activists have been creating.

Here are some of the more interesting resources for skeptical activity that I plan to take advantage of and potentially participate in.

SkepTools: A blog dedicated to sharing skeptical tools and resources for skeptical activism.

Rbutr: Prounced ‘rebutter’ this web app “..aims to facilitate inter-website debate, guide users to rebuttals of dubious information, and indirectly influence our users so that they approach all online information with an increased level of skepticism and critical appraisal.” Essentially it links websites/pages with other websites/pages that offer contrary evidenced. You can find and post websites and their rebuttals.

So, I am making a commitment to do what I can. “Small Tasks. Big Consequences.”